Anyone who has read here for a while knows that when it comes to awards shows… I KEEP UP.

This morning, Oscar noms came out, and frankly, I’m pretty irritated by the machine of the Academy. Here are some initial thoughts and my picks.

(Disclaimer: I have not seen The Imitation Game, American Sniper, Foxcatcher, Two Days One Night, or Nightcrawler)

BEST PICTURE
Boyhood
The Imitation Game
Birdman
The Theory of Everything
The Grand Budapest Hotel
Whiplash
Selma
American Sniper
For my money, Boyhood is easily the best film of the year, and possibly the best film of the last five years. It is simply groundbreaking, subtle, intensely powerful work, and an exploration of the amazing power film has at its disposal. I’m okay with this list, although I think that Gone Girl should be on it.

BEST ACTRESS
Julianne Moore, Still Alice
Reese Witherspoon, Wild
Rosamund Pike, Gone Girl
Felicity Jones, The Theory of Everything
Marion Cotillard, Two Days, One Night
Okay, this was a shitty year for actresses. Objectively. Of these, only Moore and Witherspoon were truly leading actresses (in other words, not shared focus with a man). I have no idea what Marion Cotillard is even doing there. I didn’t see Still Alice, but my vote goes to Julianne Moore because I like her a lot. I’m glad Pike got the nom, and Jones did deserve a nom, but really. Just the worst year. My god.

BEST ACTOR
Michael Keaton, Birdman
Eddie Redmayne, The Theory of Everything
Benedict Cumberbatch, The Imitation Game
Steve Carell, Foxcatcher
Bradley Cooper, American Sniper
WTF no Oyelowo? I saw Selma last night and he KILLED. I can’t imagine being a not-particularly-well-known British actor and have the balls to play an American hero. And he just kills it. He was King. Also, this is like the whitest boys band of nominations I’ve ever seen. Seriously! Redmayne was great, and the nom and his GG win was well-deserved. And Michael Keaton WILL and SHOULD win. But Oyelowo, Oyelowo, Oyelowo.

BEST SUPPORTING ACTOR
J.K. Simmons, Whiplash
Edward Norton, Birdman
Ethan Hawke, Boyhood
Mark Ruffalo, Foxcatcher
Robert Duvall, The Judge
I haven’t seen Foxcatcher or The Judge, so I can’t really say here. I WILL say that it’s a stacked category (funny– no female category is stacked) and of the three performances I have seen, all are deserving. My vote goes with Simmons, because it’s such a major role. However, both Norton and Hawke gave career performances.

BEST SUPPORTING ACTRESS
Patricia Arquette, Boyhood
Emma Stone, Birdman
Keira Knightley, The Imitation Game
Meryl Streep, Into the Woods
Laura Dern, Wild
Okay, color me CONFUSED. Where is Carrie Coon from Gone Girl? Where is Emily Blunt (who was better than Meryl) in Into the Woods? And suddenly I realize that there were NO GOOD SUPPORTING WOMEN except for Patricia Arquette. I did not think Stone was awards-worthy, Meryl is just doing goddamn Meryl (which is amazing, but I think we can take a breather maybe), and I didn’t see either Dern or Knightley so what can I say. Ladies, this can’t happen again. This industry can’t keep doing this. GSDLGAFSKJLAS

BEST DIRECTOR
Richard Linklater, Boyhood
Alejandro González Iñárritu, Birdman
Wes Anderson, The Grand Budapest Hotel
Morten Tyldum, The Imitation Game
Bennett Miller, Foxcatcher
Yay to the top three (and tough choice between Boyhood and Birdman— though it should be Boyhood simply because of how ballsy Linklater was). But WHERE is Ava DuVernay for Selma? Seriously? How does a movie nominated for Best Picture NOT have noms for Best Actor or Best Director? HOW? Also, nominating DuVernay would be groundbreaking– the first woman of color to even get a nomination for director. Nope, this year is all about the white men. Also I think Gone Girl is some of Fincher’s best work but apparently no one listens to me.

David Oyelowo and Ava DuVernay on the set of Selma

BEST ADAPTED SCREENPLAY
Graham Moore, The Imitation Game
Anthony McCarten, The Theory of Everything
Damien Chazelle, Whiplash
Jason Hall, American Sniper
Paul Thomas Anderson, Inherent Vice
I have only one basket in this cart and SHE’S NOT EVEN NOMINATED. I walked out of Gone Girl and was like, “wow, I have never seen a better book to film adaptation than this.” It was fucking brilliant. Adaptations are kind of a precious point for me– I have a lot of opinions about them– and this one was brilliant. Utterly genius. But no, it’s more important to add more white men writing about white men. Did you notice all the writers are white men and all the movies are about white men? Yeah. 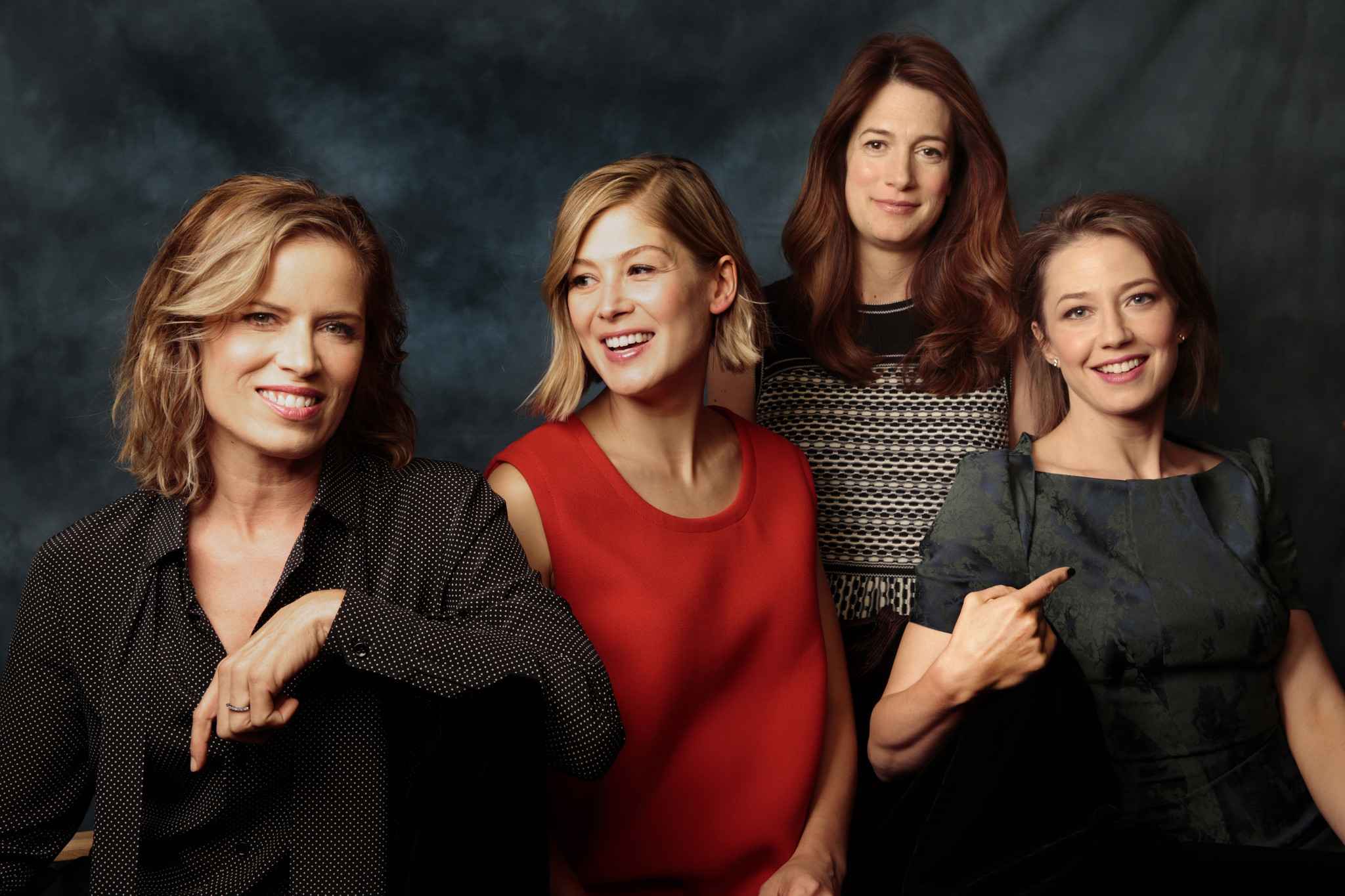 Here are some final thoughts:

Who are our American heroes?